Try a taste of game during Great British Game Week 2015 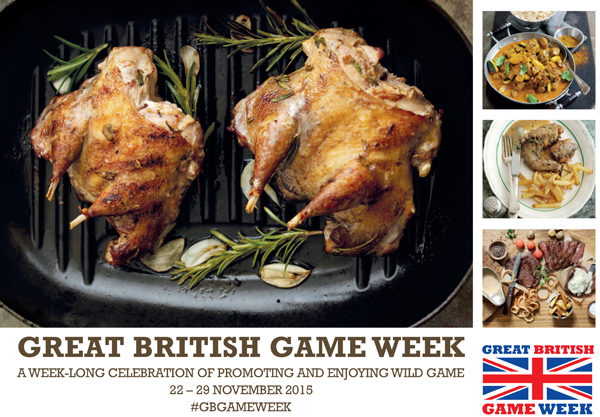 Game dishes will be served across the country as part of Great British Game Week 2015 which celebrates all that is great about British game meat.

The week is aimed at introducing people to the taste of game and providing opportunities for businesses to come together to promote the benefits of buying and eating game meat.

People will be able to find local suppliers, special offers and events and sample mouth-watering modern takes on traditional game dishes at events which will be held around the country between November 22nd and 29th.

Great British Game Week 2015 is being run by BASC’s Taste of Game campaign and the Countryside Alliance’s Game to Eat campaign.

Game dinners will be held in pubs, restaurants and hotels giving people the opportunity to eat game for the first time, cooked to perfection by professional chefs.

People who already eat game are being encouraged to invite friends for dinner who haven’t tried game before. They can serve up anything from a simple venison sausages and mash to a dinner party-style menu. Pictures of the dinners can be posted on the new Great British Game Week Facebook page.

Annette Cole from Taste of Game said: “This is a great time to introduce those who have not tasted game before to the delicious tastes of game and the health benefits of game meat.”

There will be lots of special offers during the week which will be promoted on social media along with an introduction to wines that go well with game.

Jack Knott of Game To Eat said: “We would really encourage businesses to get involved during the week to promote game meat from Britain’s Natural Larder.”

Promotional material can be downloaded from www.tasteofgame.org.uk