Try a taste of game during Great British Game Week 2014 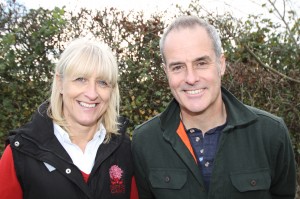 Try a taste of game during Great British Game Week 2014

Game dishes will be served across the country as part of Great British Game Week which celebrates all that is great about British game and is aimed at introducing people to the taste of game.

People will be able to find local suppliers, special offers and events and sample mouth-watering modern takes on traditional game dishes such as venison chorizo, pheasant sausages and game pies at events which will be held around the country.

The week will run from 24th – 30th November and will feature a range of events, tastings and special offers. Businesses can get involved by running special introductory offers.

Great British Game Week 2014 is being run by BASC’s Taste of Game campaign and the Countryside Alliance’s Game to Eat campaign. It will strengthen networks of local suppliers and link them to new consumers.

Michelin starred chef Phil Vickery said: “Great British Game Week is a great idea. What I am doing is modernising the way game meat is cooked, it is incredibly versatile and very quick to cook. You can attach lots of great flavours to it from spice to sweet and fruits.  I urge everyone to try game meat.”

Simon Boddy of Best Butchers, Great Brickhill, Buckinghamshire, said: “For a butcher game meat is great. Being seasonal it means we can really promote it and increasingly we are making great products from it such as sausages and charcuterie.”

Annette Cole from Taste of Game said: “Game meat is more popular than it has been for years.  It is delicious. It is low in fat, high in nutrients, inexpensive and extremely versatile.  It can be locally-sourced meaning food miles are minimal.

“Game meat is increasingly featuring on restaurant menus, in recipe books and on television, and is far more readily available in mainstream retailers. But we can all encourage people to give game meat a go.

“Those who haven’t yet tried game could cook with one of our delicious Taste of Game recipes for their friends and family. Look at our website for recipes and details of events near you.”

Jack Knott of the Game-to-Eat campaign said: “The week is a national celebration of these British, delicious and healthy foods and is a chance for us all to try game at the pub or restaurant, or bring it into our own kitchens.

“Butchers around the country are only too happy to advise those new to game how to get the best out of these wonderful meats and the Game-to-Eat and Taste of Game websites are bursting with recipes for you to try.”

For more information and recipes and to get involved, visit www.tasteofgame.org.uk or www.gametoeat.co.uk