The Teflon™ Diamond Standards Awards competition 2017, aimed at keen home cooks and students, has introduced a game dish recipe requirement to qualify for the event. 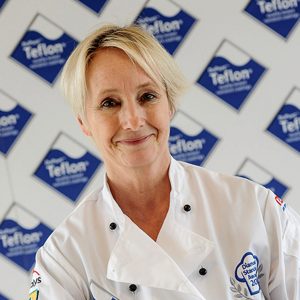 The Diamond Standard Awards, sponsored by Teflon™ nonstick coatings offers the chance for non-professional cooks to gain recognition for their cooking ability at home and, for those attending cater-ing college, the opportunity to showcase what they’ve learnt.

For keen home cooks who simply want to show what they’re made of and pick up some great prizes along the way, this year’s competition has been opened up to all. So if you know a fancy game recipe that’s impressed your friends, then this could be your chance to prove yourself!

Students who get through the qualifying stage will get an insight into the world of professional cater-ing and even the chance to become one of the country’s finest chefs, training in the best hotels and restaurants in the UK. The Diamond Standard Awards could be either a life changing opportunity.

Last year’s winner in this category and on the judging panel, 17 year old catering student James Ganderton said he felt the introduction of the game course is a great idea. Now thriving in an es-teemed and professional environment as an apprentice at the award winning Chewton Glen Hotel, he has dreams of running his own 30 cover fine dining establishment, using produce from his own small holding and game that he shoots himself. “I love cooking and eating game and am a big fan of wild boar, venison, hare and pigeon. It’s encouraging that you see much more of it on sale in the shops these days.” He said. 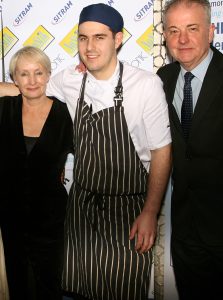 If you fancy your chances, the entry form can be found at www.TeflonDSA.co.uk

The Teflon™ Diamond Standard Awards
Launched in 2012, the Teflon™ Diamond Standard Awards is a prestigious, well respected initiative amongst industry leaders that recognises excellence, supporting students to achieve their goal of working as elite chefs in this dynamic industry.
Now open to home cooks and students anywhere in the UK, the course is arranged by the Royal Academy of Culinary Arts and Teflon™, Chemours and managed by The Bournemouth & Poole Col-lege.
We are offering the winners in all three categories the chance to win some great prizes. For stu-dents, this is potentially a life changing opportunity to receive a three-year Specialised Chefs Schol-arship, training to become a fully qualified chef. The scholarship is divided into two categories; work based training with a chef member of the Royal Academy of Culinary Arts at one of the finest hotels or restaurants in the UK and full time block release tuition at Bournemouth & Poole College.
A team of esteemed judges chaired by Lesley Waters will choose their Regional Champions from online entries, inviting them to attend the Waitrose Cookery School Kitchens in London for a national cook-off on 25 January 2017.

So, if you want recognition for your cooking ability at home, get a taste of the world of professional catering or to become one of the country’s finest chefs, training in the best hotels and restaurants in the UK – then this could be either a life changing opportunity or the chance to simply show what you’re made of!