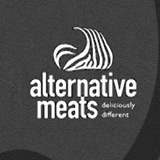 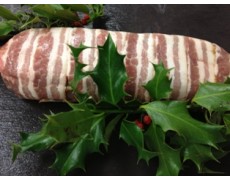 Bringing delicious, different & exciting meats to the plates of thousands, both in their homes & in restaurants is what Alternative Meats is all about. The company started from the passion of a dynamic duo, Rachel & Jeanette, who run & manage the company today. Their experience was in the British Ostrich Industry and this interest in an unusual meat has extended to a comprehensive range of Alternative Meats for you to enjoy.

Originally, back in the nineties the girls specialised in British Ostrich Meat, and then in 2001 when they formed their own Company this range extended to Wild Boar from Cornwall and British Wild Game, taking birds from local shoots in Shropshire and Cheshire.  Their range has greatly increased and continues to grow on demand from customers seeking out more and more unusual products. The exotic product list now has now been extended and moulded into a Deliciously Different British Range, which includes Rose Veal from Mount Grace Farm in Yorkshire, Welsh Wagyu Beef from Montgomeryshire,  Goat from Cheshire, Venison from Scotland and Native and Rare Breed Beef, Pork and Mutton from Yorkshire.  Where possible, products are sourced from within the British Isles, but due to repeated requests for even more exotic products

Over the past few years, the Company has supplied celebrity chefs such as Jamie Oliver and Heston Blumenthal, and upcoming Michelin-starred Chef Gareth Ward (“One to Watch 2015”)from Ynyshir Hall.    They are nominated suppliers for Harrods of Knightsbridge and Selfridges, and have made numerous appearances on BBC Radio and TV programmes including Market Kichen’s Big Adventure, BBC Radio Four’s Farming Today and Woman’s Hour, and have regularly appeared in local and national press.