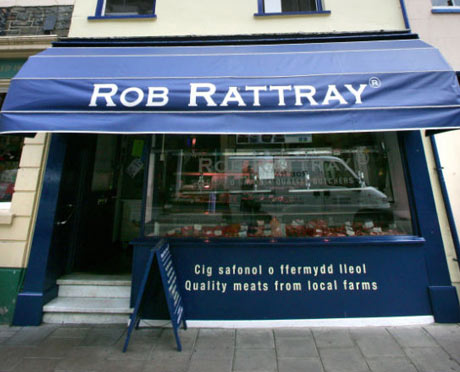 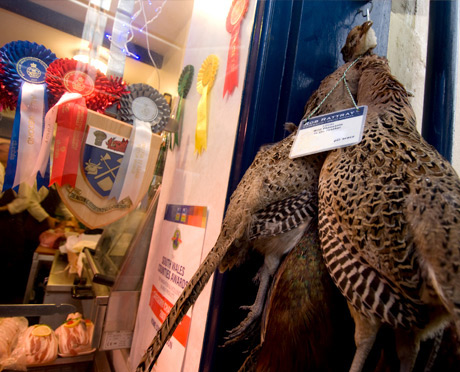 Rob Rattray established the business in 1991 and is a first generation butcher.    As a young boy his interest was in farming but with limited opportunity and to “fill-in-time”,  took a holiday job at a  local butchers shop and soon got the taste of money and there it all started.   There he served his  apprenticeship before moving on to manage a local  butchery wholesalers where he learnt his business skills. Since opening its doors in 1991 the business has expanded and developed and Rob is now able to combine his interest and knowledge of farming with butchery to produce and select the highest quality stock for his business.

Conveniently located in the centre of Aberystwyth town, Chalybeate Street is unique in that it is a complete amalgamation of individual and privately run businesses,  being a blend of coffee bars,  bakers, greengrocers and health food shops,  hardware, computer, fashion & gift shops and estate agents offices.  We are flanked by MG’s Cafe Bar to one side and Lloyd, Herbert & Jones to the other.  Everything we need on our doorstep!

“We always have, and always will, pride ourselves in holding ‘old-fashioned’ values in serving the public: this is what makes our business what you see today.”