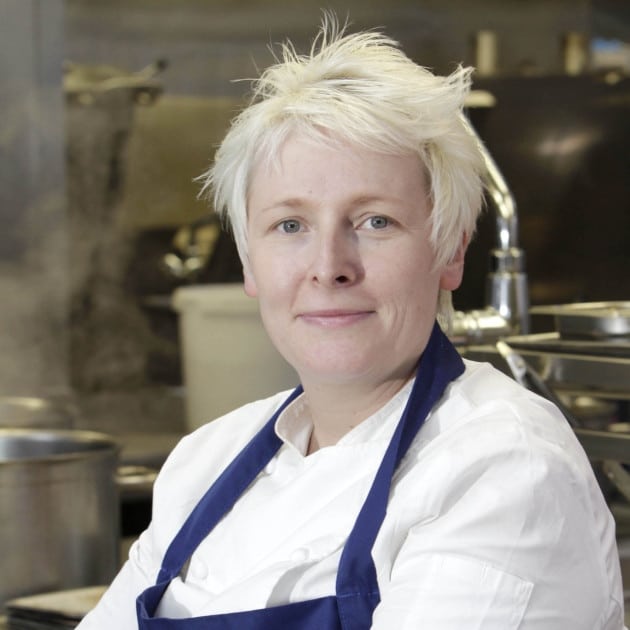 Most people know that hard work and talent has made Lisa Goodwin-Allen one of only a handful of female chefs to reach the top of her industry.  Best known for being Executive Chef of the Michelin starred Northcote restaurant, she was one of four winning contestants on season 5 of the BBC cooking show Great British Menu, which was soon to be followed by an appearance on MasterChef as mentor for the shows’ semi-finalists.

Lisa lives and breathes food, her love of Game shone through during her time on Great British Menu with the use of rabbit in her winning dish.  It is this passion which makes Lisa a fantastic ambassador for the School Game Changer Project, a position she has recently accepted to help inspire more families to cook with it.

Commenting on the new opportunity, Lisa Goodwin-Allen said “I’m delighted to be part of such a great education scheme which promotes Game and inspires others to use it more.  I am a massive fan of game” says Lisa, “especially being in a rural part of Lancashire which we’re so lucky to have on our doorstep here at Northcote”

The School Game Changer Project is a partnership between Taste of Game and the Food Teachers Centre.  Created to build a long term, sustainable market for Game in the UK by educating a future generation to cook with the meat, it has been successfully running in schools since 2017 and the team have trained over 70 teachers across the country on the program so far.

Using criteria for the skills requirement in exam boards for GCSE’s in England, the Food Teachers Centre and Taste of Game have ensured that Game, and in particular, pheasant, is now part of the GCSE curriculum.

“The students have thoroughly enjoyed the lessons on Game and in particular covering complex theory elements in a practical.  Working alongside local, passionate and enthusiastic professionals such as Lisa Goodwin-Allen, who can educate our students about ingredients and techniques used in industry to develop ideas can only benefit our students to flourish and progress within the food and hospitality sector.”

As a wild and natural part of our countryside harvest, Game is part of our heritage but it is also a vibrant and modern addition to today’s lifestyles and food choices.  A recent Mintel report suggests that most consumers would buy Game if they knew how to cook it, however a large proportion of the population have never tried it and this contributes to a reluctance to buy it.

Didcot Girls School has recently run the program which has turned students into teachers and advocates of Game, passing their knowledge on within the school.  Students can now de-bone a pheasant and use different cuts of meat to produce highly skilled dishes, many of which have been taken around the school to encourage staff and students to try Game.

Louise Davies CEO of The Food Teachers Centre comments “We are very excited to welcome Lisa as our lead schools game changer ambassador. She is such an inspiring role model for young chefs, with so many exciting ideas to share with them”

The Taste of Game and Food Teachers Centre work with local Game Dealers to facilitate free pheasants for schools and have been overwhelmed by the support and enthusiasm of teachers for the program, with over 300 schools registered for free pheasants to date.

Lisa’s role will be to represent the Game Changer Project and deliver masterclasses using a set programme to inspire children and teach them new life skills.  She joins a passionate team of professional chefs, including The Game Girl Juanita Hennessy who was a Masterchef finalist last year.

Annette Woolcock Taste of Game Development Manager said “Lisa has such a passion for game, it is very exciting for us to have her involved with the project. We are honoured to have her”