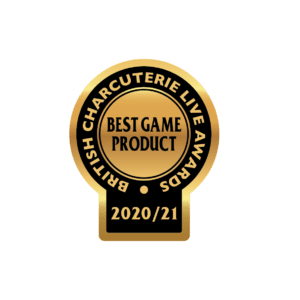 “We are excited and delighted at Dingley Dell Cured to have received this award. To be recognised for our products will undoubtedly help us to raise awareness of what we are doing on a national level and hopefully to bring us new business,” said Mark Hayward.

Nicola Chandler, Sales Director of Direct Meats said: “We are so proud to have won such a prestigious award, this award is a true testament to the hard work, innovation, investment and working relationship between Dingley Dell and Direct Meats.

“The award gives credibility to the business and as a brand and this will help build our profile both in the UK and on a global stage. We hope this will open more doors in existing as well as new markets. It’s a recognised standard and when approaching new customers, we can provide credibility which will in turn assist opening new doors.”

Henrietta Green, founder of the Awards, said: “In spite of the challenges British producers are undergoing as a result of the pandemic, over 100 producers entered more than 300 products into the nine classes, and our judges were struck by the exceptional quality and range of the entries. It’s so encouraging to see more and more producers are starting to make both British- and Continental- style Charcuterie. It’s becoming a truly vibrant sector of British food production.”

In selecting Dingley Dell Cured for the biggest prize of the Awards, the judges said that their Icini -Felino style sausage was; ”a credit to the company. It felt like eating a great Italian salumi.”
Of the company’s Smoked Dry Cured Back Bacon: “Good-looking rashers with a very enticing caramel coloured edge from the smoking. Aroma is really good, offering up the smoke without overpowering. It is nice to get the pork flavour through which is really well balanced with the smoke – sweet and woody notes on the palate. The salt stays in the background, in a good way.”

Champion of Champions Product was awarded to Wildman Charcuterie for their Longhorn Bresaola. The judges commented on its “Lovely dark colour with uniformed slices, great aroma which was matched by the taste – great choice of species bringing the beef taste forward.” Fifth generation butchers and graziers, Wildman Charcuterie is based in Malhamdale’s Town End Farm Shop with Chris Wildman at the helm. Chris says that he is thrilled to have won this BCL Award: “It is so important to us to be able to promote the business through the Awards and to seek acclaim for our products. Just as important is receiving constructive feedback from the expert judges to continue to improve our range.”

New awards for British Charcuterie Live this year include Industry Champion sponsored by Red Tractor which will be awarded later this summer and includes, as a prize, a free stand at the Speciality Food & Drink Show, Olympia, in September.

Judging for British Charcuterie Live Awards was carried out blind by small teams of experts – class by class – and each product is assessed for a number of factors including Taste, Mouth Feel, Appearance & Presentation.

As one judge James Robinson of Brindisa commented: “It’s an exciting time for British Charcuterie producers right now as they strive to achieve the same levels of quality as experienced Continental cured meat producers, and it‘s impressive to see the improvements that have been achieved in the last few years, stimulated in no small part by British Charcuterie Live.”

A full list of Best in Class and Star Awards is below: