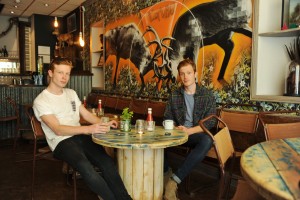 Gloucestershire born brothers Will and Calum Thompson had a vision; to bring real food to real people at real prices by harvesting, cooking and retailing sustainably sourced wild meat and game. In 2010 they founded EAT WILD. Initially they wanted to revolutionise the type of food being sold at outdoor events and festivals which culminated with them selling venison burgers in Hyde Park for the London 2012 Olympic Games. Their offering was so well received that they decided to roll it out and started selling online and at local Farmers Markets.
In 2013 Eat Wild was awarded the Regional Food Champion Award by the Countryside Alliance and in 2014 the brothers proudly opened their first Eat Wild restaurant in Cirencester, providing a unique offering in the heart of the Cotswolds. The restaurant boasts a delectable menu of ‘dirty food’ done well, with dishes including Eat Wild’s signature ‘Wild Venison Burger in a Hobbs House Brioche Bun’, ‘Popcorn Pheasant’, and ‘Buttermilk Fried Partridge’. Every dish is made with the finest, wholesome ingredients and all of their meat is of the highest standards and responsibly sourced.
Will and Calum are young and modern in appearance but underneath beat two traditional hearts. They observe the traditional ethos of Fieldsports while presenting cookery with a modern slant. Their ethos is simple; “We want quality sustainable ingredients, cooked simply at an affordable price to allow game food to be accessible to everyone.”
This fusion of beliefs can be seen in the décor of the Eat Wild restaurant too which takes on a mix of old English country pile meets urban warehouse.

The two rutting stags sprayed by Visual Drop provide an electric backdrop to the space, with taxidermy from local artist Kate Latimer filing every corner of the intimate restaurant. The Thompson brothers are all about attention to detail from their food through to the service, and this is notable in the interior too.
Will and Calum are on a campaign to get Britain eating game and understanding where our food comes from. They host cookery and butchery demonstrations at country shows and in schools, and last year starred in the Channel 4 documentary First Time Farmers, which provided a platform to get their message out to a wider audience. 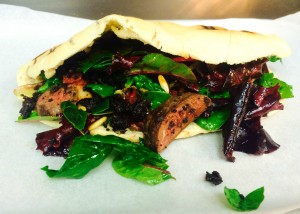 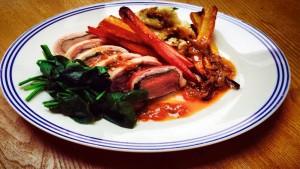