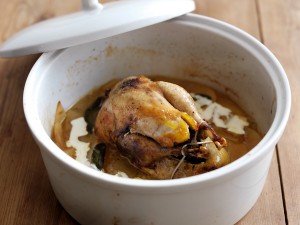 Government figures released in the latest Family Food survey* results have confirmed estimates from the 2014 Value of Shooting report of the total quantity of game eaten in the UK. These revealed that there are an estimated 9,000 tonnes of game eaten each year in the UK. Recently released government figures confirm this and show that the quantity of game eaten in the UK has more than doubled since 2000, but is still a minor source of protein at the equivalent of 1.9g per person per week.

The Taste of Game campaign continues to work in partnership with game meat processors to encourage consumers to try delicious game meat. These partnerships saw Aldi stock, and sell out of, fresh pheasant at the end of last season. Taste of Game works with suppliers to include game on menus in hotels, restaurants and pubs by delivering chef masterclasses and talks.

The National Trust and Taste of Game have partnered to include Venison Casserole and a Game Pithvier on the Trust’s winter menu to bring the delights of British game to an audience which may have not tried game before. And, Taste of Game has worked with the Moorland Association to showcase the versatility and accessibility of grouse.

Taste of Game continues to work with game dealers and the Code of Good Shooting Practice to develop a best practice guide for shoots. This will help game dealers receive the highest quality birds for processing.

The Value of Shooting report can be found here.