Who’s game for a taste of the countryside?

Who’s game for a taste of the countryside? 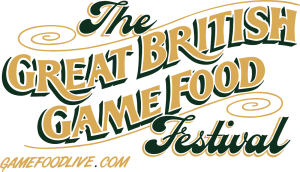 more about how to prepare game food is being encouraged to come along and give it a go.

The date is Saturday 19th November just at the start of the celebrations for the Great British Game Week, London’s iconic Borough Market will play host to the full day event.

It is being sponsored by The Jugged Hare, another fabulous London venue famous for its game food, with supporting sponsors Taste of Game and Game to Eat.

The doors open at 8am and the first of several demonstrations will begin at 10am with Cornish Venison who will prepare game and venison burgers.

At 10.30am Darren Brown from Shellseekers will demonstrate how to butcher a Deer along with Andrew Parkinson Head Chef of The Glasshouse and stables at The Grove hotel and Stuart Cauldwell, head chef of Roast, the award-­‐winning restaurant based in the Borough Market preparing dishes using cuts of meat prepared by Darren a treat not to be missed.

The Jugged hare Chef will be giving two demonstrations and Richard Hunt from Taste of Game will be preparing some recipes using Rabbit, Pigeon,partridge and pheasant If that’s not enough to tempt your taste buds there will be a wide selection of quality UK producers including Cornish Venison, Buckland venison, Mud Pie, The Real Cure, Foxdenton, Wild Food Catering Co.,The Game Chef. Great Glen Charcutuerie and The Country Food Trust who supply food to the homeless.

Interest in game food has developed considerably over recent years with Mintel reporting that research shows the UK market expanding to annual sales of £143m by 2020.

Although the Great British Game Week has been running for two years so far, there has not been a national event held to support the initiative.

Anyone interested in attending the event should visit the event website www.gamefoodlive.com and register to attend. Further details and the programme will be uploaded to the website prior to the event.
.